Contact me, I'm looking forward to hearing from you!

I have rarely encountered so much playful carefreeness and curiosity in a dancer. Of course, this joy and desire are in stark contrast to the content to which she boldly and courageously turns in her stage works and performances. (...) Her performances sparkle with refreshing naturalness, the skills are superbly mastered, including a perfect dance technique.

…And all this with a wink and a crazy strong sense of humor, which Ursula Graber knows how to use masterfully. (Mona May, artista, autora, creadora de teatro y danza)

About Woman Hood: ...Graber examines the feminine and the masculine in this ravishingly expressively danced solo and finds scratchy, self-confident femininity beyond the usual images, which multiplies on the screen behind her: complexity without fragmentation, what a great picture. The fact that the performance is also fun is a big bonus point. (Ute Baumhackl, Kleine Zeitung) 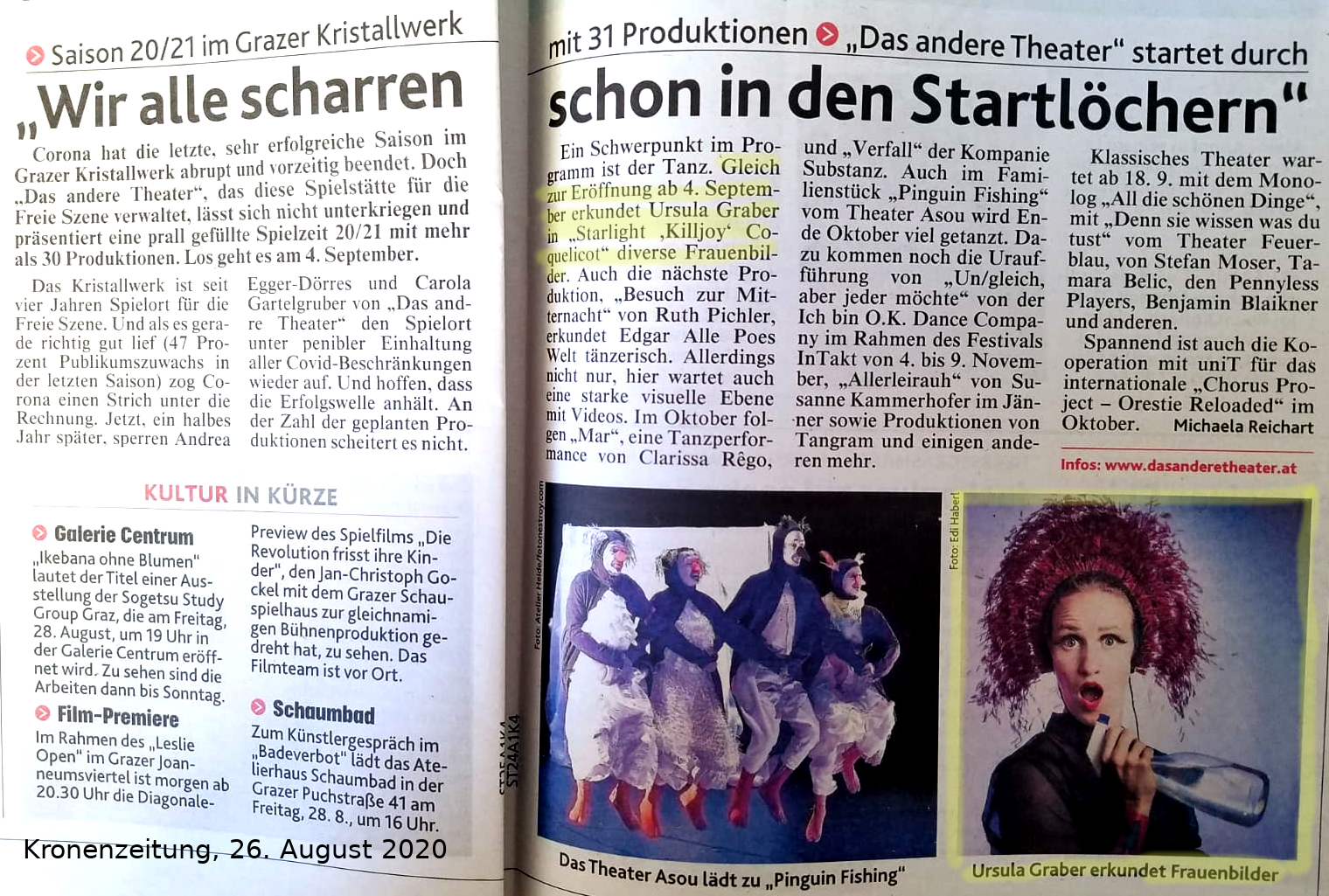